Jean graduated from the Royal College of Music where she studied violin, piano and accompanying.

On completion of her studies she moved to Dorset where she taught music in several local schools.  She has now retired from her long held post as  Head of Music at St. Edwards School in Poole where her contribution to the standards of music at the school has left a lasting legacy.

She became Musical Director for the Bournemouth Gilbert & Sullivan Operatic Society in 1991 and until her retirement from that post in 2013, she conducted their concert season and main production for those 22 years.  Under her baton the Society's standards rose to being regarded as the equal of any musical theatre company in the area.  Prizes won by the Society at the annual Buxton International G&S Festival are evidence of her contribution and include one award to Jean herself as Best Musical Director at the Festival.

As well as directing Cantabilé, she also runs the Bournemouth Youth Choir based in Winton.

Jean's husband Richard is also a highly regarded musician and composer and we are lucky to have him as our accompanist at rehearsals and as part of the orchestra at our concerts.  Concerts very often include pieces composed or arranged by Richard. 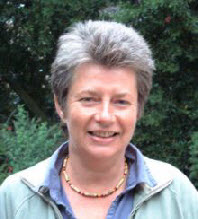